MORE FILMS FROM THE MIDDLE EAST 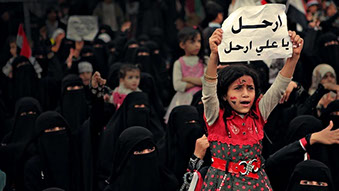 2014 Academy Award Nominee for Best Documentary Short Subject, Karama Has No Walls is a gripping, eye-witness account of a tragic day that changed the course of the revolution in Yemen; when pro-government snipers opened fired on a peaceful gathering of protesters, sparking national outrage and ultimately leading to the end of 33 years of autocratic rule. 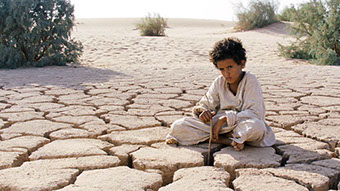 In 1916, while war rages in the Ottoman Empire, Hussein raises his younger brother Theeb ("Wolf") in a traditional Bedouin community that is isolated by the vast, unforgiving desert. The brothers’ quiet existence is suddenly interrupted when a British Army officer and his guide ask Hussein to escort them to a water well located along the old pilgrimage route to Mecca. Featuring a superb cast of Bedouin non-professionals, Naji Abu Nowar’s powerful and assured directorial debut is a wondrous "Bedouin Western" about a boy who, in order to survive, must become a man. 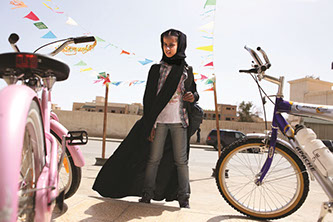 A rebellious Saudi girl (Waad Mohammed) enters a Koran recitation competition at her school and hopes to win enough money to buy her own bicycle. One of the first films ever shot entirely in Saudi Arabia.