In the streets of present-day Beirut, what starts as a minor incident between a Lebanese Christian and a Palestinian refugee arguing over a drainpipe quickly turns into an explosive trial that sparks a national controversy and mobilizes the two bitterly divided communities against one another. 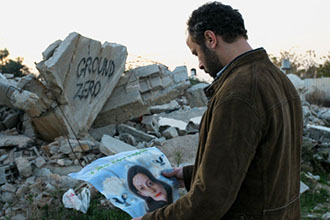 The Attack dir. by Ziad Doueiri  (2012, 105 min., Lebanon) In Arabic and Hebrew with English subtitles

Amin Jaafari (Ali Suliman) an Israeli Palestinian surgeon, fully assimilated into Tel Aviv society, has a loving wife, an exemplary career, and many Jewish friends. But his picture-perfect life is turned upside down when a suicide bombing leaves nineteen dead, and the Israeli police inform him that his wife Sihem (Evgenia Dodena), who also died in the explosion, was responsible. Convinced of her innocence, Amin abandons the relative security of his adopted homeland and searches for the truth about her life and death uncovering a startling secret. 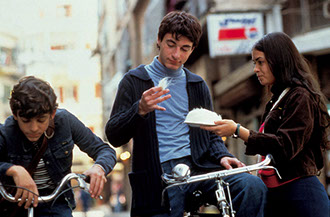 In April 1975, civil war breaks out; Beirut is partitioned along a Muslim-Christian line and is divided into East and West Beirut. After the line was created, Tarek is now considered to live in west Beirut (the Muslim part) and is in high school, making Super 8 movies with his friend, Omar. At first the war is a lark: school has closed, the violence is fascinating, getting from West to East is a game. Tarek spends time with May, a Christian, orphaned and living in his building. Family tensions rise. Later on, the war moves inexorably from adventure to a nation wide tragedy. 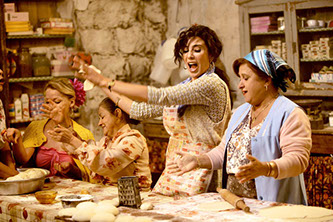 Where Do We Go Now?  dir. by Nadine Labaki (2011, 24 min., Lebanon) In Arabic and Russian with English subtitles

Set in a remote village where the church and the mosque stand side by side, WHERE DO WE GO NOW? follows the antics of the town’s women to keep their blowhard men from starting religious war. Women heartsick over sons, husbands and fathers lost to previous flare-ups unite to distract their men with clever ruses, from faking a miracle to hiring a troupe of Ukrainian dancers.

In the Battlefields (Maarek hob)  dir. by Danielle Arbid (2004, 88 min., Lebanon) In Arabic with English subtitles

Daughter of self-destructive parents, Lina, 12, doesn't show much interest in the war taking place around her in 1980's Beirut. Instead, Siham, her aunt's beautiful adolescent maid, is the focal point of her rebellious and neglected childhood. As the basis for the girls' relationship shifts, issues of loyalty and power set off a series of events driven by passion, reprisal, and guilt.

Lina is a Lebanese student that just arrived to Paris to continue her studies in a French University in 1993, only to find that the chaos that was home was no different than what she will witness in the French capital. But Paris will offer her the opportunity to find herself and acquire a new self confidence that she didn't know she had in herself. 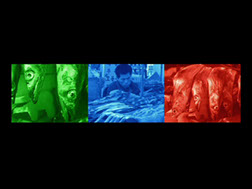 This is a film for three screens that captures fragments of a day in the life of three cities: Beirut, Dublin, and Seoul. Simple scenes from every day life are recorded with a video camera, following in the tradition of the documentaries of the Lumière films. Each shot lasts 50 seconds, the approximate time a film reel lasted in early cinema. 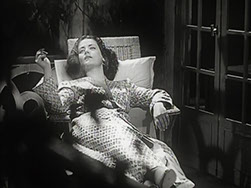 Reediting a 1944 Egyptian film starring this liberated-for-her-era Syrian actress-singer to center his 21-minute film poem around her, Bizri replaces the original narrative with sequences that show her gestures, or suggest the actress's life. 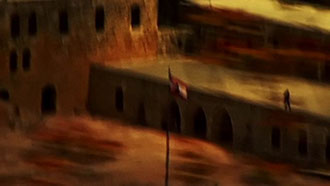 “Song for the Deaf Ear” is a film poem about the insanity of war and violence in Lebanon. The filmmaker returned to his country of origin in 2007 to create a film on the death of his neighbors some 20 years ago. He constructed a story that revolves around a man who was shot dead on the streets of Beirut during the civil war and the crumbling world surrounding him. We see flashes of him throughout the film -- first bleeding on the pavement, and, finally, his death. At the film’s end, we see a home movie shot the summer before his death -- he is sailing, with his family and his fiancée, enjoying a simple day in their life. 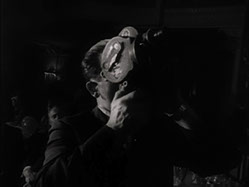 This is a film poem about love. A Lebanese-American filmmaker photographs a woman in Paris: as a trapeze model, a lover, and a child. The film attempts to capture that moment between wakefulness and dream. It carries within it melancholy and loneliness, sadness and joy, adulthood and childhood. It evolves out of the metaphor that life is a circular journey whose ends is "to arrive where we started / And know that place for the first time" (T.S. Elliot, Little Gidding). 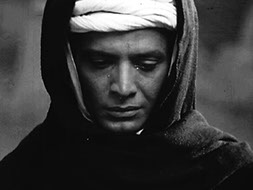 "Shluq" or "Sirocco" (easterly desert wind) is the fable of an Arab man who is in a perpetual agony of restlessness. Remarkable men gather in a council to investigate a fundamental puzzle over death; a body lies on the beach with face hidden in the sand; a ship sinks in the sea showing only it’s remaining masts and sails; camels and lizards appear and disappear in a dream-like soundtrack. These are the first images of “Sirocco”, which are but a gesture in Mannerist cinematic expression meant to give meaning to the lost images of a remote 1969 film called “The Mummy.”

We are currently seeking links for films by the following directors (with English subtitles):

Watch the interview with Maroun Bagdadi in Wim Wenders' Room 666