Set in the Mea Sherim quarter of Jerusalem, an enclave of the ultra-Orthodox, Kadosh explores a hermetic world almost never seen on the screen. Here, for ten years, the pious Rivka (Yael Abecassis) has devoted herself to her husband Meir (Yoram Hattab), but their marriage remains childless. Presumed barren, she is rejected by her community, which prizes children above all else. The story that follows relates the harrowing fate of Rivka, and also her beloved sister Malka (Meital Barda), in love with a young man who has fled the community to lead a secular life.

Taking place in 1973 during the Yom Kippur War, in which Egypt and Syria launched attacks in Sinai and the Golan Heights. Although the story is told from the perspective of Israeli soldiers, the film is far from being an exercise in propaganda. We are led by Weinraub (Liron Levo) and his friend Ruso (Tomer Ruso) on a day that begins with quiet city streets but ends with death, destruction and devastation of both body and mind. 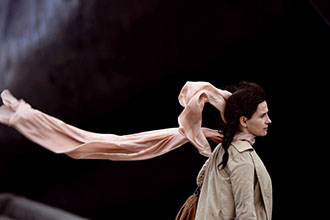 This Venice and Toronto favorite stars Juliette Binoche as Ana, who is reunited with her estranged Israeli stepbrother, Uli (Liron Levo), who travels to France after their father's death. Ana decides to return to Israel to search for the daughter she gave up at birth 20 years ago. Crossing frontiers by car, train and boat, Ana and Uli are caught up in the turmoil of the 2005 military-enforced disengagement of Israeli settlers from Gaza.

An Official Selection at the 2002 Cannes Film Festival, KEDMA is renowned Israeli filmmaker Amos Gitai's (Kippur, Kadosh) powerful drama about a group of European Jewish refugees who arrive at Palestine in the critical year of 1948. Carried on the deck of the freighter Kedma, they come ashore to find not the Promised Land of milk and honey, but a war-torn desert in the bloody throes of transformation into the state of Israel. Rescued from a British army ambush at beachside by Palmach Jewish guerillas, the Kedma's ragged refugees are remade into soldiers expected to offer their lives to defend a nation that does not yet exist in a land they've never known. 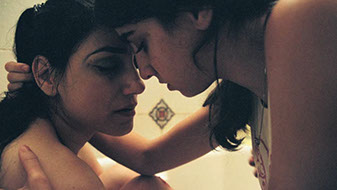 Or (Dana Ivgy), a pretty and popular Tel Aviv high school student, works nights at a neighborhood restaurant while taking her first tentative steps out of innocence and into first love. But Or's real full-time job is looking after her mother Ruthie (Ronit Elkabetz). After twenty dehumanizing years of curbside prostitution, Ruthie's survival instincts have begun to deteriorate, and it's up to Or to see that mother and daughter don't both wind up on the street together. Or's love, loyalty and resourcefulness are put to the test as Ruthie's compulsive self-destructiveness keeps driving her back into prostitution. As the cruel realities of marginalized city life multiply, Or is forced to choose between her mother's bottomless needs and having an uncorrupted life of her own.

A brass band comprised of members of the Egyptian police force head to Israel to play at the inaugural ceremony of an Arab arts center. But due to bureaucracy, bad luck, or for whatever reason, find themselves stranded in a desolate, almost forgotten, small Israeli town, somewhere in the heart of the desert.

After an accident, Haim-Aaron feels overwhelmed by a sudden awakening of his body and suspects this is God testing him. The film combines an observant look inside an ultra-Orthodox Jewish community with a nightmarish, surreal spiritual journey. Shot in haunting black-and-white, Tikkun doesn’t simply chronicle a crisis of faith, it also puts the viewer inside the harrowing experience.

The film is comprised of five stories of life on the margins of an Arab ghetto in the Israeli city of Jaffa. Teeming with illegal Palestinian immigrants, Israeli Arabs, Christians and Jews, Ajami is a cloistered urban neighborhood often times as dangerous as the front lines of Gaza. Working with a cast of non-professionals in the real streets, back alleys, nightclubs and rooftops of Ajami itself, co-directors Yaron Shani and Scandar Copti have crafted a cross-cultural film that deftly meshes characters and conflicts with unsentimental compassion and uncompromising realism.

With unprecedented access, filmmaker Gidi Dar brings the insular world of Orthodox Jews in Jerusalem to the screen. Moshe (Shuli Rand), once a secular Jew, has become an ultra-Orthodox Jew and has settled into an ascetic existence along with his wife, Mali (Michal Bat Sheva Rand). With the harvest festival of Sukkot around the corner, Moshe is broke, and asks for help from a yeshiva charitable fund in order to build a sukkah and acquire the perfect citron. Moshe is told the fund has been depleted, and he and Mali are left with no options but to pray for a miracle. But they soon discover that even miracles can bring about unexpected challenges, and Moshe is forced to confront his checkered past.